Over 2,000 years back, a Chinese insightful man, A Ky Sinh, felt along these lines when he touched base at Yen Tu mountain in northern Vietnam. He had been sent by China's first head, Qin Shi Huang (259-210BC), victor of six warring states and maker of the brought together country. Being such a breathtaking chap, he thought he had the right to live perpetually, so requested his most learned squires to travel north, south, east and west and convey back herbs to make him everlasting. 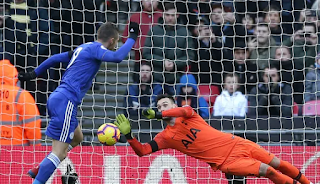 This journey conveyed A Ky Sinh to Vietnam, and the most noteworthy mountain in these parts: 1,068-meter Yen Tu, on whose lavish inclines there still develop all way of therapeutic plants. Being astute, he realized that whatever mixtures he prepared the ruler would in any case in the end kick the bucket (when he did, he was covered, unassumingly, with 8,000 earthenware fighters), and he, A Ky Sinh, would be demonstrated a disappointment. So he stayed, making his home on this stately top, with perspectives over lower extents to the coast, and was worshipped for his recuperating aptitudes – notwithstanding duping demise.

The mountain's notoriety was additionally improved when another warrior lord, thirteenth century Vietnamese ruler Tran Nhan Tong, resigned and resigned to live as a priest on Yen Tu, establishing the Truc Lam (bamboo backwoods) form of Zen Buddhism. From that point forward (aside from a couple of decades under socialism), a huge number of Vietnamese Buddhists have made journeys to the mountain's sanctuaries, statues and pagodas, more often than not around Tet (new year, which began for this present week).

Yen Tu is simply off the well-trodden course among Hanoi and Halong Bay, yet an absence of offices has kept it off most holidaymakers' radar. Vietnamese travelers will in general either make an in all respects promising start from Uong Bi city, 17km away, or rest on mats on eatery verandas before handling the four-to-six-hour ascend the mountain. Presently however, another "town" at the foot of Yen Tu is drawing in an alternate sort of explorer, with a plan inn, inn settlement and, in the end, 25 shops, eateries and bistros.

That may seem like building a Butlin's under Scafell Pike, yet it's most certainly not. We touch base in the early night at a mind boggling that, however pristine, feels hundreds of years old. Low-ascent structures extend up the slant behind a passage door with an ivory bamboo shrub in a mirror-like lake. In the hall of the Legacy Yen Tu inn, conventional hangings blow in the warm breeze from the Dong Trieu mountains.

I'm quick to get out and handle Yen Tu's testing 6km of steps and soak rough ways. The ascension would take no less than four hours by walking, yet a storm over the South China Sea brings heavy downpour so we take a link vehicle mostly. I like the mountain's libertarian feel: even on the busiest long stretches of Tet, there's no express reserving. Lawmakers and pop stars line with every other person. At a bistro higher up, families are eating pioneer nourishment – bubbled eggs and sweet potatoes.


The course imitates the priest lord's first journey, with places of worship at focuses where he refreshed, washed and ate, in addition to stupas denoting his tomb and those of ages more priests.

Subsequent to stepping around in the clammy for a few hours, it's great to return to the inn. The improvement expects to recreate a thirteenth century town and is the vision of Bangkok-based designer Bill Bensley – the name behind a few acclaimed Asian inns – and business person Bui Dinh Tuan. Rooftops are delicately bended and overhang hang low, to keep the tropical downpour out. It feels like the arrangement of a kung fu motion picture, which is no mishap – long, column lined lobbies in the lodging are intended for an ascetic vibe.

The 100 or more lodgings are gone for working class Vietnamese, with rice-sack headboards to symbolize bounty and fired containers duplicated from Hanoi's national history historical center. There are carefully assembled tiles, cut wood and stone, and dividers dotted with rice wheat, a customary method for engrossing clammy in the wet season.

Yet, I likewise love the four-bed residences (75 in the long run, £12 per night) in low-roofed houses over the three-section of land focal yard. Cut wooden bunks have shades and a lamp, and every bungalow has a veranda. (The extremely impecunious can remain for nothing in the on location religious community, in return for work in the greenery enclosures.) There's yoga and reflection for visitors, and a pool and spa will open in the not so distant future. It's everything gone for broadening the visitor season past the new year festivities (mid-January to March – the lodging is completely reserved to 1 April).

At the highest point of the mountain are two statues: a 15-meter situated bronze of King Tran, and an endured, indistinguishable one said to be of A Ky Sinh himself. For me he's the more essential figure. Religion has for quite some time been the draw for local people, yet the mountain is an extraordinary spot in its very own right, with two noteworthy cascades, thick bamboo woods, pines over 700 years of age, apricot forests almost as old (don't miss the tart neighborhood alcohol), and restorative plants science is just currently finding out about.

Most of the way up, the One Roof Pagoda, incorporated with the mountainside, houses a spring said to allow consumers one wish. Mine, for the downpour to stop, isn't conceded. In any case, that is similarly also: on the off chance that I'd appreciated this "stairway to paradise" under blue skies, tearing myself away may have been as hard as it was for A Ky Sinh 2,000 years prior.