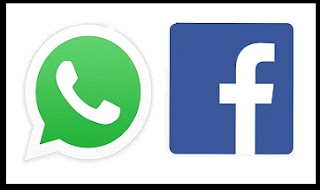 CEO Mark Zuckerberg has said Facebook is upbeat on the growth of digital payments in India and is actively working on launching WhatsApp Pay soon.
We have a test that is running in India for WhatsApp now, we're hoping to launch in several other countries at some point, but I don't want to put a timeframe on that here, but it's something that we're actively working on," he said.
In an earnings call with analysts late Wednesday, Zuckerberg said the company is building out Payments for the global market.
WhatsApp Pay, stuck owing to India's demand to store data locally, has not gone beyond the beta testing it did with nearly one million users last year.
"In Instagram and Facebook, you have shopping, and you have Marketplace and you have all the tens of millions of small businesses that use pages and a lot that use Instagram for sharing their inventory and being able to help people discover and pay.
Mark Zuckerberg, Facebook’s chief executive, plans to integrate the social network’s messaging services
WhatsApp, Instagram and Facebook Messenger asserting his control over the company’s sprawling divisions at a time when its business has been battered by scandals.
Zuckerberg has also ordered all of the apps to incorporate end-to-end encryption, the people said, a significant step that protects messages from being viewed by anyone except the participants in the conversation.
After the changes take effect, a Facebook user could send an encrypted message to someone who has only a WhatsApp account, for example. Currently, that isn’t possible because the apps are separate.
When you're using a messaging service, that everything there is very intimate and private so it feels like a more natural space to be interacting with a business in a private way for doing transactions.
In a statement, Facebook said it wanted to “build the best messaging experiences we can; and people want messaging to be fast, simple, reliable and private.
We’re working on making more of our messaging products end-to-end encrypted and considering ways to make it easier to reach friends and family across networks.
Facebook daily active users reached 1.56 billion, up 8 percent compared to last year, led by growth in India, Indonesia and the Philippines.
This represents approximately 66 percent of the 2.38 billion monthly active users in March.
According to Zuckerberg, privacy is the biggest area for the future of social networking.
"Today, people increasingly want the intimacy of connecting privately as well. So, I think there also needs to be a digital equivalent of the living room  a platform just as built out with all of the ways you'd want to interact privately," said the Facebook CEO.
He said the digital town squares like Facebook and Instagram will always be important and will only continue to grow in importance.
Over time, I believe there's an even bigger opportunity with the digital living room to build a platform focused on privacy. We all need to communicate privately, and this service could be even more important in our lives. So, I think we should focus our efforts on building this privacy-focused platform," he noted.
The privacy-focused platform will be built around private interactions.
"You should have simple, intimate spaces where you have complete confidence that what you say and do is private. Encryption. Your private communications should be secure, and end-to-end encryption prevents anyone - including even us - from seeing what you share," Zuckerberg added.
"You shouldn't have to worry about what you share coming back to hurt you later, so we won't keep around messages or Stories for longer than necessary," he noted.
Facebook said it won't store sensitive data in countries where it might be improperly accessed because of the weak rule of law or governments that can forcibly get access to users' data.