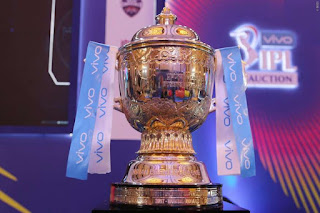 The Indian Premier League is a domestic T20 cricket league that is based in India, however has immense recognition and appreciation all over the world. Since its inception in 2008, the IPL has made quite a name for itself, attracting some of the biggest names in cricket who take part in one of the most action packed leagues. The league is governed by the Board of Control for Cricket in India (BCCI) and was conceptualized by former commissioner Lalit Modi.
The much-anticipated tournament is set to begin on 23rd March, as confirmed by the BCCI. The schedule for the first two weeks has been released. The dates for the remaining matches will be announced in due course, as the 12th edition of the IPL will coincide with the general elections.
Defending champions Chennai Super Kings will take on heavyweights Royal Challengers Bangalore at the MA Chidambaram Stadium in Chennai.

The Indian Premier League was formed after the dissolution of the Indian Cricket League (ICL) which did not have the recognition of the BCCI and was branded a “rebel league”. The formation of the IPL was officially announced on 13th September 2007, with the first season beginning from 2008.
Over the years, the IPL has gone on to establish itself as one of the biggest domestic cricket leagues in the world while also being extremely lucrative for players as well as administrators. The brand value of IPL in 2018 was US$ 6.3 billion, according to Duff & Phelps.