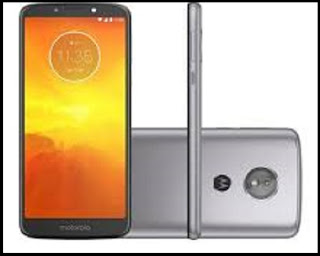 
Motorola has been hitting the headlines for the launch of the foldable RAZR smartphone of late. But this does not mean that the company is not going to launch the affordable E series phones. Until now, there were no reports regarding the E series phones but now the key specifications of the alleged Moto E6 have been revealed.

Motorola is reportedly prepping to add a new E-series smartphone to its portfolio by launching the Moto E6. While Motorola is yet to make an official announcement regarding the same, key specifications of the Moto E6 have allegedly surfaced online.

When it comes to the imaging aspects, this upcoming Motorola smartphone is believed to arrive with a single 13MP S5K3L6 rear camera with f/2.0 aperture and a 5MP S5K5E9 selfie camera with a similar aperture.

It is also said that the affordable smartphone will run Android 9 Pie out of the box. The major detail that remains unknown is the battery capacity of this smartphone.

The Moto E6 succeeds the Moto E5₹ 7,199 that was launched in April 2018, and now that a year has passed since then, we expect the new Moto E-series phone to be unveiled soon.

The Moto E6 is tipped to run Android Pie, which appears to be the logical move, as Motorola has already dropped the bombshell that there is no software upgrade guarantee for the Moto E5 series.

As for the specifications, the Moto E5 is tipped to sport a 5.45-inch HD+ (720x1440 pixels) display, although it is not certain whether the end product will have the same display properties.

The phone will reportedly be powered by the octa-core Snapdragon 430 SoC paired with 2GB of RAM and 32GB or 64GB of inbuilt storage.

The Moto E6 is tipped to sport a single 13-megapixel rear camera (S5K3L6) with f/2.0 aperture and a 5-megapixel front camera (S5K5E9) with the same aperture.

There is no word on battery capacity, build, or any software features of the upcoming Motorola offering. It is also not known whether the Moto E6 will make its way to markets outside the United States.

Motorola launched the Moto G7 series of smartphones at an event in Brazil in the month of February. The devices boast of a new design by the company, with competitive features at a lucrative price tag.

In a fresh tweet, a known tipster has claimed a new handset by Motorola, codenamed “surfna” is in the works. This smartphone is expected to be the budget-centric, Moto E6 which has been anticipated for a while now.

The leak further reveals the Moto E6 will run on the latest Android 9 Pie and will feature a stock interface with some customisations by Motorola. Unfortunately, details about the battery capacity of the smartphone are not known yet.

The tipster claims the device will launch soon on a few mobile carriers in the US. The Moto E6 is expected to retail at around Rs. 8,999 when it is launched in India.