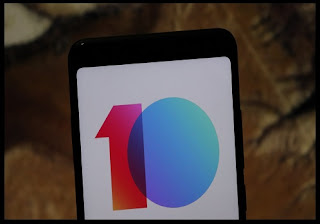 The update brings fixes in Settings, Home Screen, notification shade, lock screen, status bar, and call related issues. Redmi 4 update is rolling out via OTA, so users will have to wait it out a bit before the update reaches to them.

The update weighs in at 477MB and shifts the build number of the software to MIUI 10.3.1.0.NAMMIXM, though it only ships with the older October 2018 Android security update.

Several months after receiving a stable update to MIUI 10 and Android 8.1 Oreo, the Xiaomi Redmi 4 is getting another update and this time with the release of the MIUI 10.3 stable package.

Redmi 4 RS. 11,998 users have taken to the Mi India forums to share screenshots of the changelog. The changelog suggests that the update fixes the status bar shortcut and floating notification appearance issue, and also resolved the issue that caused delay in ending calls.

The update adds a new SOS mode inside the status bar, allows users to avoid notification shade access in the lock screen and changes the way battery percentage is displayed on the status bar.

To check availability of MIUI 10 stable update on your Redmi 4, In order to check for the latest update, users can go to Settings > About Phone > System Updates,> Check for updates.

The update optimises battery percentage format for the status bar, and fixed a sync page issue. There was also an issue where the portable hotspot couldn’t be switched on when device name was set to maximum length, and that has also been fixed.

Issue regarding the notification shade going black on the lock screen when new notifications were received, was also fixed. The charging icon issue on the lock screen was fixed, and so was the notification badges displayed incorrectly on the WhatsApp icon issue.
The company has shared Fastboot and Recovery ROM links for the smartphones, in order to manual flash the MIUI 10 Stable update.
The update is available as an incremental package and users can wish to manually flash the package through the updater app on their phone.

The Redmi 4 came with a metal unibody design and a 5-inch HD 2.5D curved display with the resolution of 720x1280 pixels.

The device originally came running Android 6.0.1 Marshmallow and MIUI 8, so it’s certainly good to see Xiaomi still working on the development of its three-year-old device.