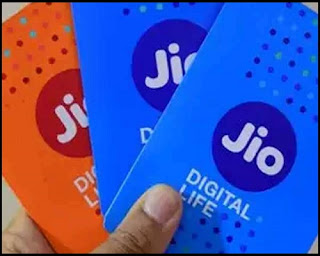 NEW DELHI: Reliance Jio said that it is building data capacity to address growing data demand on its 4G network in the country, having recorded 956 crore GB wireless data traffic during the fourth quarter.
The telco will also achieve 4G LTE network population coverage of 99% shortly, it said in a statement.
Jio is currently the only network to deploy tri-band -- 850MHz/ 1800MHz/ 2300MHz -- 4G across all its network sites.
Mukesh Ambani, Chairman and Managing Director, Reliance Industries Limited said that Jio’s network is one of the largest mobile data network  in the world carrying over 3 Exabytes of data every month.
The telco's VoLTE network witnessed 95% year-on-year growth in daily voice traffic with lowest call drop rate at 0.1%. The total voice traffic on Jio network stood at 72,414 crore minutes during the quarter.
The telco said that customer engagement was healthy in the Q4 with average data consumption per user per month of 10.9 GB and average voice consumption of 823 minutes per user per month. It added that video consumption drove most of the usage, increasing to over 500 crore hours per month.