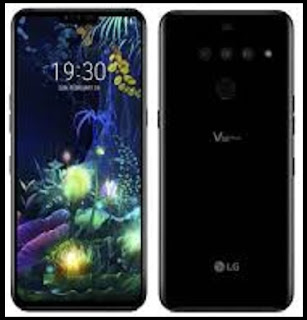 LG V50 ThinQ 5G smartphone to launch on May 10: Price and specifications

The LG V50 ThinQ 5G was initially announced a day before MWC 2019 and scheduled to release on April 19 before LG decided to put it on hold for a while.

After introducing the LG V50 ThinQ 5G at the Mobile World Congress earlier this year, LG is now planning to launch the device in South Korea on May 10, 2019.

With the launch of the device, According to sources, LG has agreed to schedule the release alongside the three main domestic carriers as it wants to provide consumers a no-compromise 5G experience. We’ve seen reports that Galaxy S10 5G users have complained about poor connectivity issues such as slow speeds and problems when switching between LTE and 5G.

LG has partnered with three domestic carriers to launch its 5G phone in Korea. However, those mobile operators are still in the early stages of the deployment of their 5G networks. And so, it is possible that users could face connectivity while trying to access 5G speeds in the country even if they use the LG V50 ThinQ.

The LG V50 ThinQ was initially scheduled to release in April but the company had to call off the launch due to optimization issues with the processor.

The secondary display comes with three Pogo Pin connectors. The biggest highlight of the device is the Snapdragon X50 modem which enables the device to support 5G connection

The rollout of the new generation network has been challenging and it's good that LG has taken its time to tweak out its device rather than ushering a half baked product. The device will release alongside its secondary screen case which LG claims offers the functionality and feel of a foldable phone.

Under the hood, the phone powered by the Qualcomm Snapdragon 855 SoC coupled with 6GB RAM and 128GB storage, expandable up to 2TB via microSD card.

In terms of the camera, the LG V50 ThinQ comes with a triple rear camera setup - a feature that was also present in the company's older V-series flagship device, the LG V40 ThinQ that we reviewed earlier this year - which includes a 16MP super wide angle lens, a 12MP standard lens, and a 12MP telephoto lens.

On the front, V50 ThinQ sports a dual camera setup with an 8MP standard lens and a 5MP wide angle lens. It comes with a gigantic 4,000mAh battery and it features support for Qualcomm's Quick Charge 3.0 technology.

As far as the phone's second attachable screen, or the dual screen, is concerned, it comes with a 6.2-inch FHD+ OLED FullVision display and it has three pogo ping slots that enable users to connect the display with the main device.