Tech Story 6:18 AM
Tata Sky discontinues multi-TV plan from June 15 and this is how you can reduce your monthly DTH bill: Details 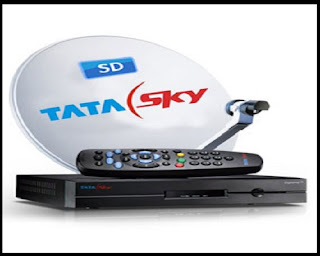 Tata Sky Multi-TV Plans Will Be Invalid After June 15, All Connections to Be Billed Separately

DTH service provider Tata Sky is all set to discontinue its multi-TV offering in the Indian market. The announcement comes soon after Tata Sky introduced a number of benefits for subscribers who are using more than one TV connection.

The DTH operator had introduced a complicated multi-TV policy for its subscribers who wanted to subscribe to multiple TV connections in a single home.

The latest change in policy will come into effect from June 15 and will bring in separate billing for all existing connections. The change will take effect irrespective of the number of connections under the multi-TV plan.

Although the real cause of this move is not yet known, but the chances are that Tata Sky might be withdrawing its multi-TV plans because of the latest Trai order.

This means if you already have a Tata Sky subscription and are on the multi-YV plan, your each DTH connection will start getting billed differently or independently from June 15.

A Tata Sky representative has said that all the connections starting June 15 will be billed independently and not according to the multi-TV policy.

Interestingly, Tata Sky is all set to shut down its multi-TV policies while other DTH operators including Airtel Digital TV and Dish TV have recently redesigned their multi-TV policies so as to comply with the TRAI regulations which have been announced recently.

The Tata Sky representative said, “If you do not change your packs of secondary boxes, then post June, your prices of each box will be same as that of primary box price.

A Tata Sky rep was quoted by a TelecomTalk report saying, "If you do not change your packs of secondary boxes, then post June, your prices of each box will be same as that of primary box price.

So to have the prices of all the boxes in your budget, we recommend you to change the pack of each box and control your budget."

So to have the prices of all the boxes in your budget we recommend you to change the pack of each box and control your budget.

By this way, you would be able to select whatever you want to watch on each TV and pay for that content only rather than paying higher for default primary content on secondary boxes.”

If you are a user who is already using Tata Sky's multi-TV offering, we would suggest choosing a new channel pack for your secondary connections.

In March, Tata Sky had introduced variable prices for its users who opted for their multi-TV connections. The change transformed the primary connection as the base for secondary connections of the DTH service provider.

This announcement from Tata Sky officially means that there would be no multi-TV scheme effective June 15. Whereas other companies like D2h, Airtel Digital continue to offer their multi-TV plans.

D2h is offering by far the most attractive multi-TV policy, with a flat NCF of Rs 50, whereas Airtel Digital TV is offering Rs 50 discount on the NCF of subsequent connections.


All Tata Sky Connections to be Billed Separately After June 15

It is possible that the reason why Tata Sky is withdrawing its multi-TV policy is that some of its parameters were breaching the clauses of the new tariff order.

For example, the Trai tariff order relating to multi-TV connections had said that the discount by the DTH service provider was only applicable to NCF and not on pay channels. However, Tata Sky’s multi-TV scheme had an unclear pricing structure, and it wasn’t clear whether the service provider was offering a discount on NCF or pay channels or both.

Additionally, Tata Sky’s multi-TV connection mirrored the channels of primary connection onto secondary channels again breaching another critical point of new Trai tariff regime which allows the subscribers to choose only the channels which they want to watch and pay for.